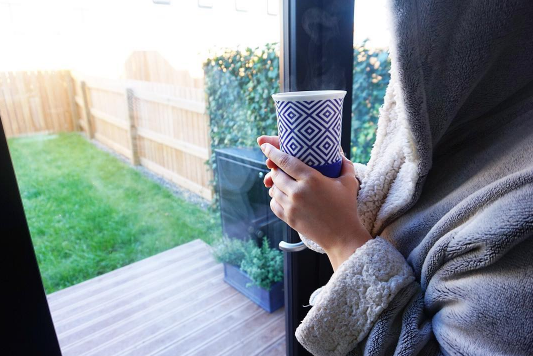 Okay, okay. Enough with the negatives about 2016. Yes, sadly a shit ton of celebrities died, Brexit happened and that man who I shalt not name became president of America but don’t let that shadow your personal achievements, experiences and gains from 2016.

I for one bought my first home, accepted an awesome job role, had the opportunity to interview my first celebrity (Ryan Gosling), had an incredible holiday in Lake Como Italy, fed lions and tigers at South Lake Zoo, got back in touch with old friends and met some awesome new ones. But as well as having experiencing all the fun stuff I had throughout the year I also learnt some life lessons…

Good Things Come To Those Who Hustle
I’ve always been told ‘good things come to those who wait’, ‘just give it time’ or ‘If it’s meant to be it’s meant to be’. No. Sitting around and waiting for an email from your dream job, an offer on a house, a phone call from an old friend or customers to buy from your newly opened business just aren’t going to happen unless you hustle. Make an effort, don’t accept the first answer and push yourself to make shit happen. I (well ‘we’) spent 2 years in the process of buying a house, jumping over hurdle after hurdle, pushing for information when we were given delays and demanding compensation when it all got a little ridiculous. Even when others said to us ‘maybe it’s not meant to be’ or ‘I can’t believe you’re still in the process’ we wanted the house and we weren’t going to give up that easily. Finally (however many months down the line) we’re in the position we hoped we’d be in, sat in the house we own and knowing all that energy used on hustling worked. Motto: Don’t settle – hustle.

F**k It, Take More Risks
I’ve always been comfortable with routine, being happy with what I have and holding back when I’m not comfortable with the certainty of an outcome. But why should we always settle on just being happy with what we have? Why should I just be okay with not taking a risk and being better off? This past year I’ve learnt to say “f**k it” when it comes to risks. I mean, there’s a risk crossing the road for god sake so why should any other risk feel greater? For me it’s more a ‘risk’ of speaking my mind, talking things out and confronting someone or something face on when I know I have a better idea, a gut feeling or an opinion that could greatly effect an outcome. Just think f**k it, it’s better to feel relieved you’ve said or done it and can say ‘at least I tried’ than ‘what if…’.

It’s Never That Bad
On the back of taking risks, the outcome will never be as bad as you think it will. Over 2016 I’ve learnt to think positively, if something really shit happens I’ll try to pull the good things that have come from it and focus on those. You can’t jump into a time machine so you just have to deal with it and rather than sulking in a corner you have to remember that things aren’t that bad. Situations like; yes you weren’t given a certain opportunity but you’ll get a bigger and better one, yes you shouldn’t of said that but maybe this will happen, yes you were turned down on this but maybe because something better is around the corner, positive thinking works wonders. It doesn’t mean you’re an optimist but if it did so what? You’re making the best of what you think is a bad situation and that can make life so much easier as you just need to remember that it’s never that bad.

It’s Okay To Check Your Social Media Often
No seriously, it is. I hate this stigma that social media is taking over the world in a negative way, that you need to turn off your phone or ‘pause’ your social media account so you can wean yourself off it like it’s some kind of A class drug. Don’t get me wrong if you can’t watch a movie without picking up your phone or you feel like you need to have your phone on the table during a meal out with your other half then maybe you do need to take a break because your brain does need some ‘down time’. But for most of us who like to quickly check through 3 social media accounts in under 2 minutes, every hour or so, what’s wrong with that? We’ve become a nation of professional multi-taskers, so If I can chat to my mum on the phone whilst quickly replying to an old friend online, what’s wrong with that? Social media allows us to receive information even before it’s hit the news, connect with old friends, keep friendships going when you’re too busy to meet up and also connect to people you’d never bump into in real life. For me as a blogger I have an online community, for me as a Social Media Executive, it allows me to provide you with news, memes that you’ll connect with your friends by tagging and share experiences you never knew existing or would never see yourself. So yes, it’s okay to check your social media multiple times a day to stay connected, so long as you don’t feel like you need it to feel connected.